The Jeffer Fast, But Hard Luck Plagues 14H In Feature at OCFS

Posted on April 13, 2015 By jeffheotzlerracing 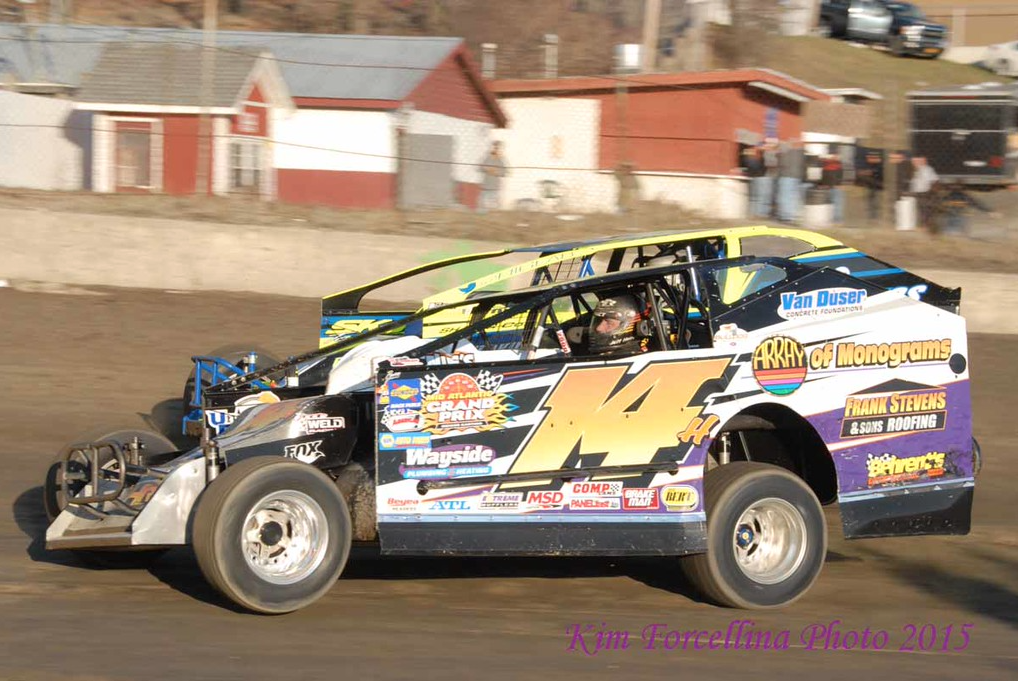 The Jeffer was lightening fast on Saturday night at OCFS for the Hard Clay Open, yet unfortunately didn’t have the finish representative of the performance of the 14H machine.

After a poor draw that determined the starting line up for the heat race, The Jeffer found himself lined up 8th in the 10 lap qualifier. The top 3 cars would transfer to the feature and the top 2 to the redraw. From the drop of the green, The Jeffer made his move, using the bottom lane to his advantage as he shot off the bottom of the corners. When the checkered flew, The Jeffer was in 2nd place but due to the passing points system, scored enough points to be deemed the winner of the heat race.

Thanks to his performance in the heat, The Jeffer was the first driver of 12 to draw for his starting position for the 50 lap feature. Not missing a beat, he picked 11th out of 12 numbers, putting the 14H on the inside of row 6 for the start.

In the early going of the feature, The Jeffer maintained his ground, waiting for the heat to build in his tires (the team elected to go with a harder compound). After an early restart, The Jeffer was shuffled back a couple of spots and then in turns 3 and 4, a competitor spun around in front of the 14H, leaving nearly no where to go. The Jeffer did a fantastic job, avoiding the spinning car but in the melee, another driver drove over the left front of the 14H, causing a flat tire.

The Jeffer came pitside and the team bolted on a fresh left front but he brought the car back in after a handful of laps when the left front shock failed due to the contact from the earlier accident.

Although disappointed, the team is very eager to get back to OCFS next Saturday for the opener, as they feel very confident in the 14H!

Next up is the Accord Speedway “Gobbler” on Tuesday in the Schrufer 2a followed by the season openers at both Accord and OCFS on Friday and Saturday!

← The Jeffer Scores a 6th Place Finish in the RoC “60 Over” Special at Bridgeport!
The Jeffer Has an Up and Down Weekend →